On the 15th and 16th of September 2021, the first tests of the SeaClear robots took place in the Dubrovnik area, Croatia. This was the first time representatives from all the partners met live after the kick-off meeting of the project, due to the on-going pandemic due to CoVID-19. 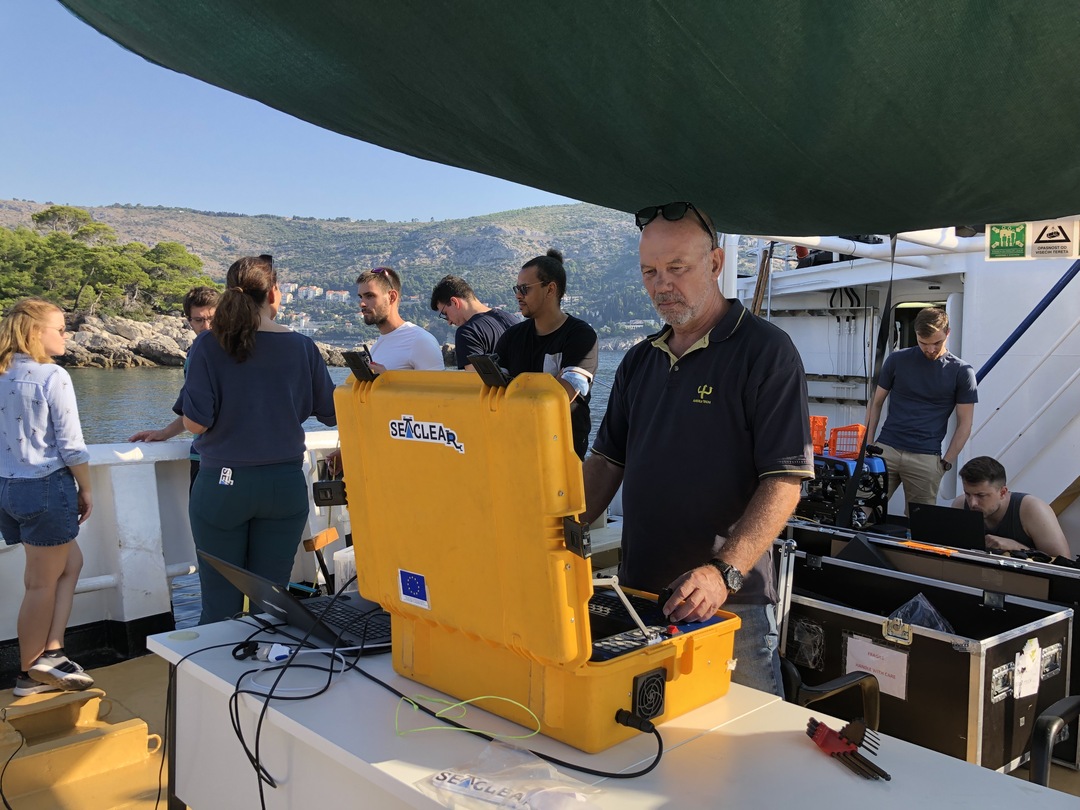 During this meeting, we tested several aspects of the developed robots in a real environment, such as their ability to manouver underwater and perceive litter. We tested both the observation ROV (miniTortuga from SST) and the aerial drone (DJI Matrice). A collection of actual underwater litter was gathered in advance from a nearby location and was placed underwater in the test areas, attached to ropes and buoys for collection after the tests. This was necessary to introduce to the robots a representative and realistic litter collection.

Furthremore, video, sonar, and positioning datasets were collected from our unmanned aerial and underwater vehicles. We had two testing locations: Lokrum island, where we deployed the robots from the 'Nase More' ship of the University of Dubrovnik, and the mariculture laboratory of UniDu at Bistrina. The datasets collected will assist in the further development of localization and litter detection algorithms.

Last but not least, this meeting was also a good moment for extra popularization of the SeaClear system and the importance of automated underwater litter collection. Right after the tests, leaders of the county and of the University of Dubrovnik, as well as representatives of the SeaClear project coordinator and Dubrovnik partners, made statements about the importance of this project during a media conference.