SEACLEAR — short for SEarch, identificAtion and Collection of marine Litter with Autonomous Robots — is a Horizon 2020 funded project that aims to solve, with the help of robots and artificial intelligence, one of the most important environmental problems: ocean litter.

Today's oceans contain 26-66 million tons of waste, with approximately 94% located on the seafloor. So far, collection efforts have focused mostly on surface waste. The few efforts to gather underwater waste involve human divers who are put in potential danger.

No solution exists that exploits autonomous robots for underwater litter collection. The SEACLEAR project will develop the first. 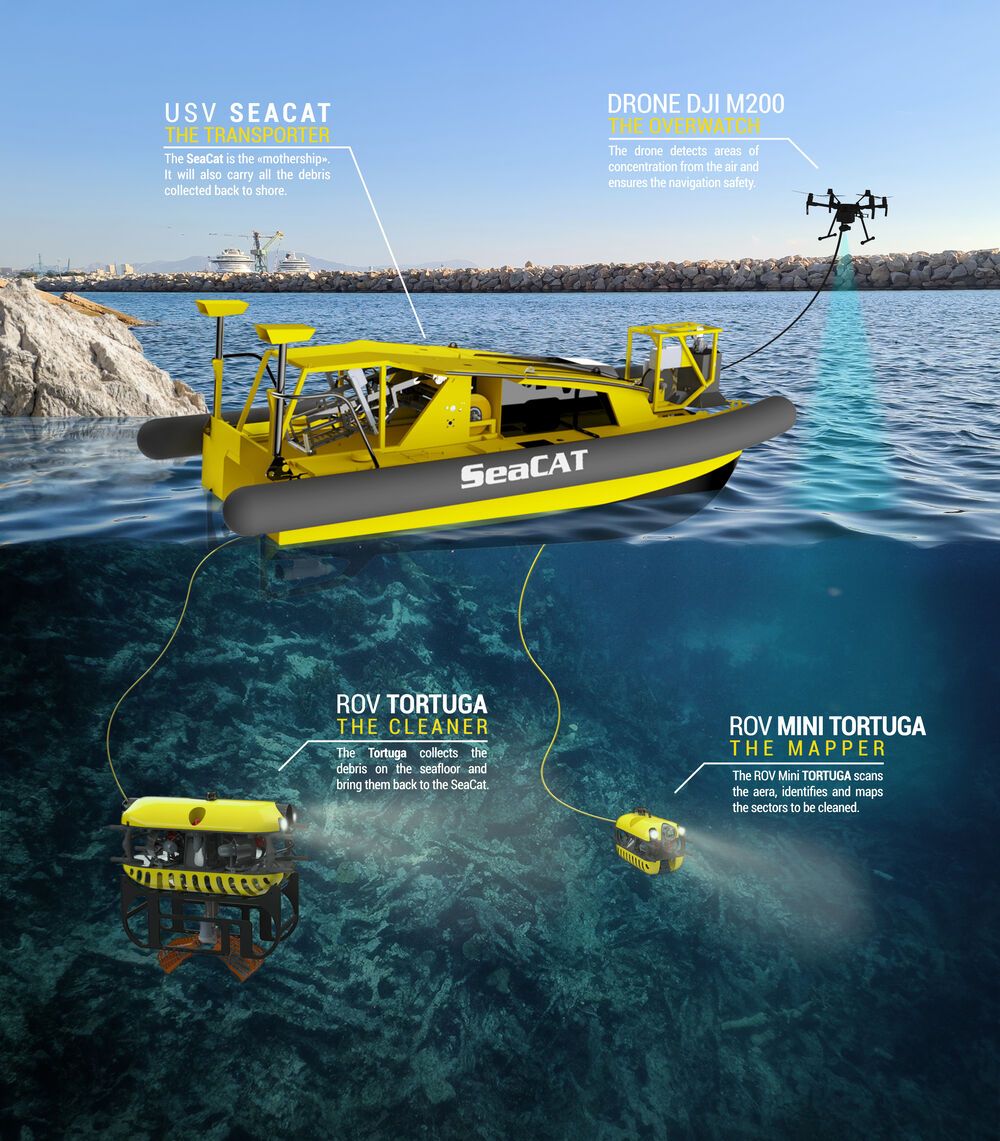 The SEACLEAR project aims at automating the process of searching, identifying, and collecting marine litter, using a team of autonomous robots that work together.

Here is how it works. The waste clearing system consists of underwater robots, a surface vessel and drones working together. First, the underwater robots and the drones use sensor data and artificial intelligence to locate and identify litter on the seafloor. When litter is detected, an underwater robot equipped with a gripper is sent to collect the waste.

The project coordinator is professor Bart De Schutter, from Delft University of Technology.

“Coastal waters all over the world are polluted with litter, such as pieces of plastic, bottles or tyres. At the moment, divers are cleaning up this waste from the seabed, especially in tourist areas. However, this is an expensive solution and can sometimes pose dangers for divers. That’s why we’ve joined forces with seven other partners in the SEACLEAR project to develop an autonomous system using underwater robots to remove waste from the seabed. And important to say, we are careful not to affect life on the seabed.”

“The SEACLEAR system works as follows: We have a  surface vessel on the water and two underwater robots. The somewhat smaller robot is the observation robot. It scans the seabed with a camera and sonar. This robot maps out where the litter is located and what kind of waste it is. The robot can also distinguish between litter and aquatic life, such as fish and seaweed. We use advanced algorithms to make this distinction.

Once the observation robot has identified litter, it sends this information to the other underwater robot, which is equipped with a gripper. This robot goes to the litter and picks it up with the gripper and deposits it into a large basket. The gripper is designed with a frame structure so fish can easily escape when being picked up by accident.”

Click on a picture to see the full version.

Images and videos may be used freely. Credit: Seaclear Project

Who talks about us

This email address is being protected from spambots. You need JavaScript enabled to view it.

This email address is being protected from spambots. You need JavaScript enabled to view it.