A robotic system intended to clean litter from the seafloor has passed its first real-life tests in waters near Dubrovnik, Croatia. The cleaning system, which works similarly to home robot vacuums, was able to see waste on the bottom of the sea and move towards it. A plastic bottle became the first official litter to be picked up from the seabed. This series of tests is a small step in humanity’s goal of cost-effectively cleaning the seafloor, where more than 90% of the sea garbage is found.

SeaClear — picking up the first litter from the seafloor

The waste clearing system consists of underwater robots, a surface vessel and drones working together. First, the underwater robots and the drones use sensor data and artificial intelligence to locate and identify litter on the seafloor. When litter is detected, an underwater robot equipped with a gripper is sent to collect the waste. The system has been in development for the past two years by the European-funded SeaClear project (SEarch, identificAtion and Collection of marine Litter with Autonomous Robots) that joins together researchers and industry from five countries.

This October, three key components of the system were tested in a real water environment: the underwater inspection robot, a gripper prototype, and an aerial drone. “We went to a tourist area in Croatia, Lokrum Island near Dubrovnik, which is one of the first places we want to clean once the SeaClear system is fully operational”, says professor Bart De Schutter, from Delft University of Technology, the Netherlands, who leads the project. “The main star of the test was the underwater inspection robot. We wanted to see whether it’s able to detect and move towards the litter in various water conditions”, explains De Schutter. 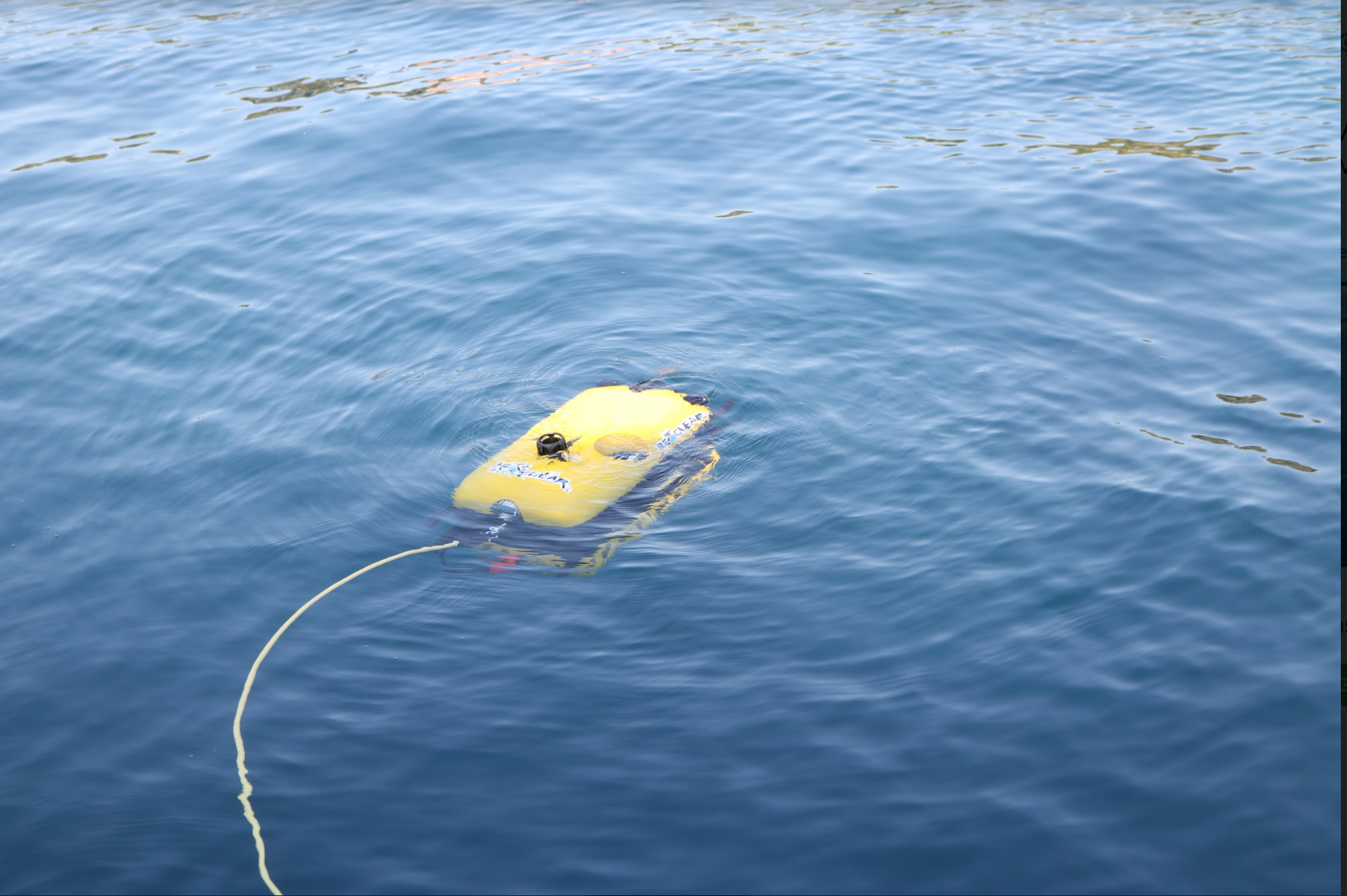 The first live test resulted in the first official litter being picked up from the water by the SeaClear robot: a plastic bottle! This happened during the test at a second location, also close to Dubrovnik, Croatia, but with less clear water. The team tested a 3D printed prototype of its newly designed gripper, to identify weak spots in the design and operation under real-life conditions and indeed, it broke. However, to have a proof-of-concept, the researchers were able to repurpose an existing, sturdier gripper, and managed to successfully pick up litter underwater.

The test was also important for the software part of the project. “The concept is simple on paper and not unlike our home robot vacuum cleaners”, says professor Lucian Bușoniu, from Technical University Cluj, Romania, who is leading the litter-search part of the project. “However, the complexity of robot positioning and control, as well as of litter identification and collection, is much higher and makes the objectives much more difficult to achieve. We wanted to test out our concept and we now need to go through all the data sets from our cameras, the sonar and the robot positioning sensors. This will help improve our software.”

A completely autonomous robotic system for sea litter cleaning would be a vital and cheap solution to one of the largest environmental problems our planet is facing. Today's oceans contain 26-66 million tons of waste, such as pieces of plastic, bottles or tyres. The waste that we see at the surface represents a mere 6% of the total, the rest is resting at the bottom. Tourist resorts and port authorities currently resort to divers to clean up this waste from the seabed, sometimes at the cost of their safety.

“For example, in September 2020, a human-only marine litter clean-up that took place in the same test area close to Lokrum Island, resulted in 17 divers collecting more than 88 kg of waste from the seafloor in a one-hour period”, said Iva Pozniak, principal investigator for Regional Agency Dunea, Croatia. When completed, the SeaClear system should achieve similar results with minimal human intervention.

SeaClear is a European Horizon 2020 project that was launched on 1 January 2020. It runs until December 2023. The total budget is approximately EUR 5 million. There are eight partners from five countries and 49 researchers involved.

A more detailed and technical description of how the system works is available here.